A compelling psychological thriller of madness and salvation . . .
​ 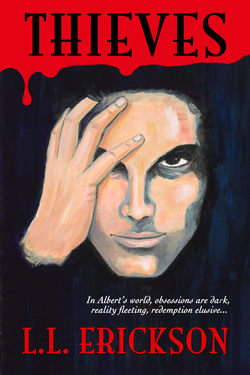 ﻿﻿﻿To the Sacramento art community, Albert Metzer is the handsome, successful owner of a cutting-edge gallery. But Albert has secrets he dare not tell.

Beneath the floorboards of his gallery lies a hidden room, which Albert clandestinely converts into his private gallery. He then befriends Jerry, a homeless man suffering from PTSD, and enlists him to help steal thirteen masterpieces, including one that depicts a captivating young man to whom Albert finds himself strangely drawn.

As Albert's perfect crime unravels, so does his grasp on reality. The young man from the painting startlingly comes to life, convincing Albert to do his dark bidding.

Can Albert's fragile mental state withstand the trauma of a shattered love affair, his growing doubts about Jerry's unreliable brain, the dogged pursuit by a criminal investigator, and most importantly, the malevolent power of the young man from the painting?

Of Mist and Shadow

A swashbuckling adventure of
passion, honor, family . . . and treachery

Where the Hell is Myra Atkins?

A fun, fast-paced read about friendship,
new beginnings . . . and murder 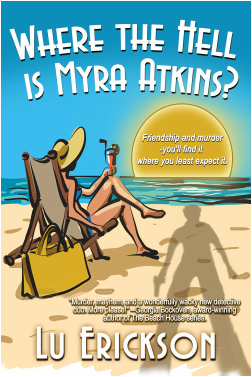 What Henry and Esther don't know is that while they're taking a crash course in private detecting, Myra, caught up in a mid-life melt-down, has actually escaped to Maui with smooth-talker Ray Garnetti for a little sun and romance--and a lot of vodka martinis.

The stakes are raised when prominent Sacramento businessman Gordon ﻿Winston, apparently the last person Myra saw before her disappearance, turns up dead.  Henry and Esther's quest to find their boss will have them not only rubbing elbows with the city's elite, but with Central California's most feared crime lord.

In the process of seeking answers to their boss's disappearance, Esther and Henry will unwittingly solve the mystery of who murdered Gordon Winston, take giants steps outside of their respective comfort zones, and discover that life's a richer journey when you're in good company.
﻿
Powered by

Create your own unique website with customizable templates.
Photo used under Creative Commons from Brian U